“We not only respect individuality and creativity in every member of the inet team, we also require and encourage it.” inet-logistics GmbH website 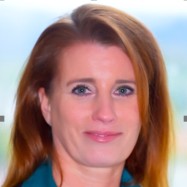 “It’s very different, the culture, it’s really open minded, really proactive and innovative. I think we are always one step ahead and always have good ideas and that we are not just talking about them, we are realising them.” Wiebke Lemcke, Key Account Manager

inet-logistics GmbH is a leading provider of Transportation Management Systems with a global reach. Founded in 1999, it describes its focus as international, its experience as interdisciplinary and its ideas as innovative.

The company has promoted creativity and communications by breaking down functional boundaries and by designing work spaces that create an alternative office culture and encourage people to work together, sharing ideas and collaborating on different projects.

inet-logistics GmbH is not an hierarchical company. ‘Being the boss is no big deal’ and ideas emanate from everyone, everywhere. However it thrives on communicating what each part of the business is doing and this is facilitated by weekly ‘Impulse’ meetings.

Impulse meetings are held regularly every Friday morning. They include representatives from different departments and discuss a wide variety of topics. Video links also involve employees from overseas offices and the meetings are concluded with people sharing kipferls, the traditional Austrian breakfast croissant. Ideas for innovation and improvement are put to management at these meetings which are seen as an empowering vehicle for employees. 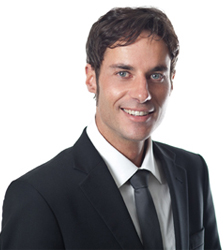 Employees don’t sit with their own teams or even sit at the same desk two days running (there is a strict clean desk policy) so these regular meetings are important.

The traditional office layout ‘with boxes’ was not thought appropriate for the aims and aspirations of inet-logistics GmbH so they looked at the experiences of other businesses such as Microsoft where they were impressed with the flexible working places.

Movement between zones and random desk selection increase employees’ awareness of what other teams are doing while improving internal communications.

“We would like to avoid people always sitting in their own department because we would like to encourage people to communicate with each other. It’s allowed to do that for a while but we appreciate it if people move and talk to each other and use the different facilities in this office.”
Christof Gunz, Head Of Product Management

Empowering staff to take control over their day-to-day work and encouraging them to experiment with innovative solutions lie at the heart of inet-logistics GmbH’s flexible, customer-focussed culture, aimed at providing quick and agile responses to customers’ needs.

According to Christof Gunz, mistakes provide an opportunity for learning and improvement while avoiding any suggestion of a blame culture:

“We try to focus on errors but focusing on error doesn’t mean finger pointing or whatever. It means analysing the issue that happened and preparing the measures to ensure that it will not happen again.” 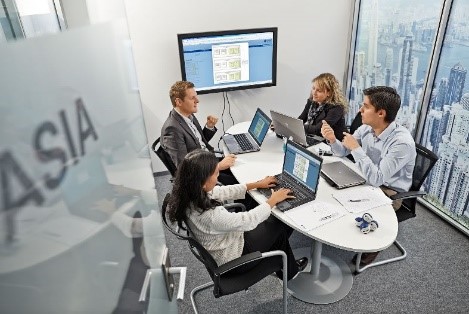 Why are workplace practices at inet-logistics GmbH conducive to creativity? The different zones, the meeting rooms and retreating rooms and the informal coffee bar produce a dynamic flow of people in an environment which provides all the necessary facilities to carry out work while enabling constant interaction with different colleagues. But above all it reflects an enlightened leadership which recognises that the continuous improvement needed to keep the company competitive depends on empowerment and on making work enjoyable.

Describing the culture that has grown from inet-logistics GmbH’s workplace innovation initiatives, Christof said: “(We are) a high dynamic (business with), good friendships and reliability, reliability to customers and reliability among employees.”

Wiebeke agrees: “I never thought that a company exists where working can be so much fun and be also so professional at the same time.”