Can a highly regulated organisation such as a regional police force promote and develop employee driven innovation?

“The important thing is that you have an environment where people are doing their job at any level have a process they can flash about ideas without fear of criticism, without immediately knocking them on the head and just doing the what ifs.  When people find they can do that, if you start looking at the links to employee engagement you often find it raises job satisfaction, peoples motivation, even wellness in the workplace so there’s a whole raft of links that I think, if we get this right, it’s just a better environment to work in.”
Matthew Longman, Devon & Cornwall Police 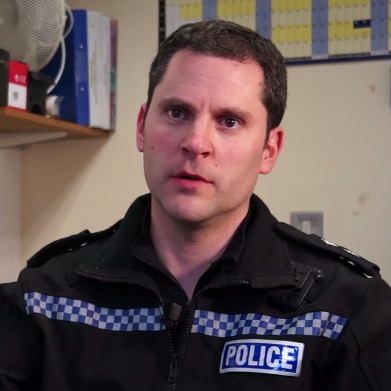 Creating a platform for creative thinking and developing an organizational disposition to implement new ideas is not easily associated with a police force but even here the power of employee driven innovation can have a sustainable and positive impact on the organisation’s aims and objectives.

The challenges of introducing innovative ways of working into a police force are many and various. By definition, a police force is organized on strict hierarchical job roles, with clearly defined functions and publicly accountable responsibilities, none of which are easily changed from within.  Its functions are restricted by the prerequisite of applying the law and influenced by traditional police culture, operational imperatives and the short-termism of performance culture.

Implementing change or providing the opportunity to create change is made additionally difficult because the force has a large number of resources spread across a huge geographical area, personnel working different shifts and the current austerity regime resulting in a resistance to anything that might have a cost implication

In operational terms, good practice is mostly based on what has previously worked and drawing on the experience of officers who see their role as “going out and fixing problems” under a regime of top-down command and control. 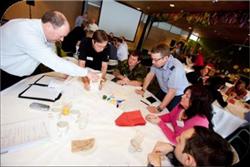 However, this simple analysis over-emphasises frontline operations and masks the complexity of the organization (which now has community support officers and a large civilian back office staff in addition to serving officers) and the potential for innovative ways of thinking and working.

The Devon & Cornwall Police inaugurated a cross rank discussion group in Cornwall to explore new  ways of working, communication and collaborating and this has developed into an intranet platform with a designated sub-site with a ‘discussion board’ solely for this purpose.

It is a ‘work in progress’ and has entailed a very steep learning but has achieved a number of positive outcomes.

From an interview conducted with Chief Inspector Matthew Longman of the Devon & Cornwall Police, it was clear that police officers are very proud of their achievements and capabilities and would not want to see innovations that would jeopardise their ability to ‘fix things’ and ‘deliver solutions’.

Nevertheless, there is an appetite for positive employee driven innovation that won’t necessarily impact on the ‘bigger picture’ but will have a positive and cumulative effect on working practices.

“We have got some huge challenges ahead of us, and innovation can help us through that.  But the big thing for me is that innovation can get the people who are doing the day to day job to find those small changes, as well as the bigger ones, and have an employee voice to bring them in.”

Suggestion boxes as a means of employee engagement failed in the eyes of Matt because of a failure to communicate outcomes including lack of outcomes.  The new approach was based on communications, transparency and senior leadership buy-in.

“I think we all know each other well enough that rank within those walls doesn’t matter, it’s left at the door. We are on first name terms.”

“So what we are trying to do is use things like intranet based discussion boards, meetings and champions within the stations to get those conversations going.  What you find then is that people build on them and we get more out of them.”

“It’s about a slow education saying to those people who are perhaps a bit critical a bit cynical – hang on a minute let’s just talk through it and just highlight that point …………if we try this and it doesn’t work, then that’s okay.  As long as we’ve got some milestones built in along the way and we are not throwing loads of resources pointlessly at something, as long as we keep revisiting and saying ‘are we on track, is it worth us still investing in that?’, then that’s okay.”

There is a danger that the removal of key personnel from the innovation process will damage or even halt progress so it is important to ensure momentum through visibility.

“…if we can publicise a couple of them (ideas that have developed into public pilots) and people could actually see that things are getting listened to and things are getting tried, then we will get more momentum from people through our discussion boards, our meetings and our general conversation and that I think will create more.”

“This was a perfect example of where an individual had an unrelated background in this area that we might ordinarily miss, but by encouraging innovation we made the most of it and captured his contribution.“

Budgetary challenges that impacted on the police vehicle fleet meant that resources were being diverted to emergency response at the expense of neighbourhood and community teams.  High police visibility is very important so the reintroduction of bicycles was considered but hadn’t taken into account the amount of equipment today’s officers have to carry.  A pilot scheme using electric bicycles was tried to universal approval. 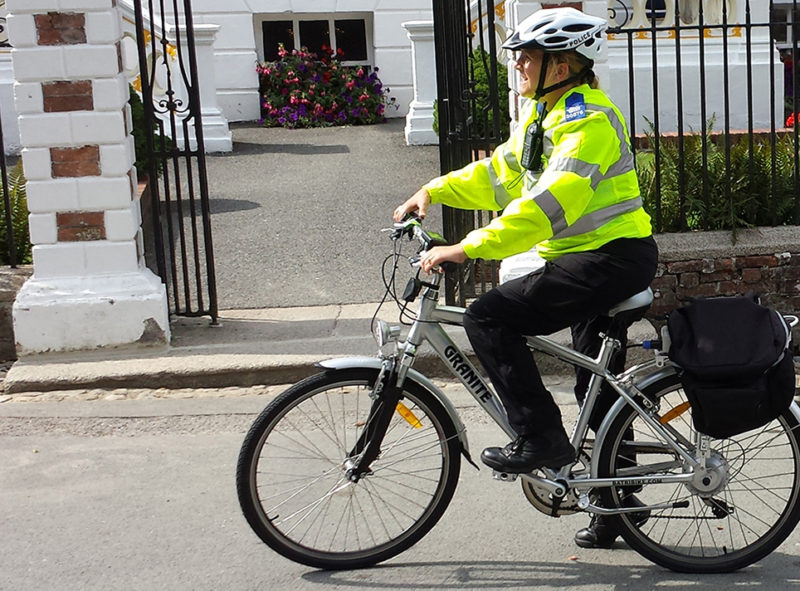 “We tried that for about eight weeks, the mileage on them is phenomenal, we haven’t found anything that would stop us using it, the officers love it, the public love it, kids love seeing them, and the best thing is everyone remembers a police officer or PCSO on a bike.”

“..that’s hitting what I would call the second stage of our process. We went through the first stage where we said, yes, this merits some looking at and we are now at the second stage where we now have enough data……. to write up a really comprehensive business plan so we can go back to our senior officers and say look this at this, why this is a good idea and can we take it to the next stage?”

New work under consideration by the innovation group has included further developing and marketing the intranet discussion board with the aim of making it more accessible; discussions regarding standards of dress/ uniform; new languages for literature to support wider communities and ideas to improve custody centres.

Some observations and suggestions concerning innovation at work derived from the interview with Matt Longman:

“If there is a slightly better way of doing it that’s worth a ten minute conversation, half an hour meeting or a more structured hour long meeting bringing in the right experts. I can’t imagine why that would ever be a bad idea.”

All quotes are taken from an interview with Chief Inspector Matthew Longman.