Frey & Osborne wrote an article at Oxford University in 2013, meant as a first step to understanding what may happen in the future of work. In fact, you can see the publication as an attempt to correct an earlier article by David Autor (and colleagues) in 2003 on technology and its consequences for work. Autor et al acknowledged that computers had taken over from traditional job-replacing machines. In fact, they saw computers as complementing workers and enabling the creation of more jobs than we had ever thought possible. 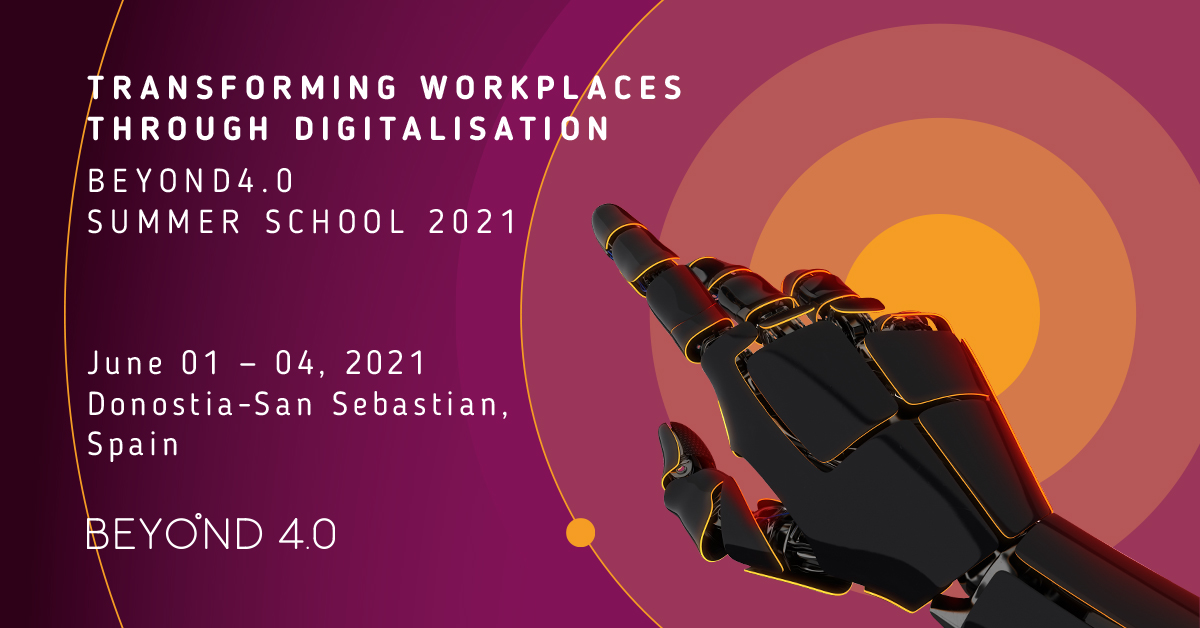 Frey & Osborne organised discussions with Artificial Intelligence and Machine Learning specialists to understand what may happen with future jobs. The new thesis was that computers would no longer complement workers but automate the cognitive skills that workers added to the production process. With their expectation that 47% of professions would be automated, the future of work would look very bleak indeed.

The Beyond 4.0 project proposal was written by many supporters of EUWIN. Our Beyond 4.0 team believed that the basic premises of the Frey & Osborne study were incorrect. Many reviews have pointed to weaknesses in the study. However, we believe that the critique is still not complete. We will publish more on this subject in the coming year.

The Beyond 4.0 Summer School is planned for the first week of June in San Sebastian, Spain, as a hybrid event with people joining in person and online. Up to 25 PhD students will bring their work together and share ideas about a work-filled future. We are happy to support them.

The cooperation between EUWIN and Beyond 4.0 is an important cornerstone of changing European workplaces. We need to be confident in the capabilities of the European worker. In these times of technology, Brexit, division, pandemic, we need to help restore trust in what employees can do.

Hope to see you in Spain. Or on screen!

Details and registration for the Summer School can be found here.