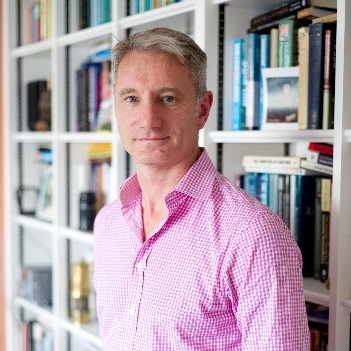 Ensuring the occupational health and safety (OHS) of workers or, in plain language, making sure that work has no detrimental effect on workers’ mental and physical health, is a cornerstone of job quality. As Maria Albin and her colleagues note in the forthcoming Oxford Handbook of Job Quality, employers and governments, not just trade unions, have an inherent interest in protecting workers from harm at work.

Over the course of the twentieth century, much progress was made in Europe to improve OHS. However a new push is required that involves a radical rethink of what’s needed now and how further improvements can be made. Two particular changes are needed. First, to broaden the scope on analysis to re-cover physical health. Second, action needs to shift from the remedial to the preventative.

The Covid pandemic has reminded us of all of the health risk risks posed by work. A newly published Futuretrack study of the graduate labour market examining the impact of covid found that 61% of graduates working in education worried about contracting covid at work, whilst only 25% of graduates working in the utilities sector did so. Of course, such concerns reflect the higher propensity for interactions with others at work in education and are not unfounded. Using UK data and writing in the British Medical Journal, Margaret Whitehead and her colleagues point out that exposure to Covid infection is unequal. Workers in low paid, manual jobs in the caring and other service sectors were more exposed to Covid as their face-to-face jobs prevented them from working from home.

Renewed recognition of the impact of work on physical health is important and provides a counterpoint to pre-Covid interest in health at work that focused on mental health. Pushed by trade unions and social reformers by the later stages of the twentieth century, European countries tended to introduce good health and safety at work laws, although there remains an issue about monitoring and enforcement in some countries.

Just as significant, there was economic restructuring during this period. Steel mills were replaced by shopping malls, and coal mines by call centres, as manufacturing was displaced by services as the great provider of jobs. As this shift occurred, any residual health and safety issues have become less obvious – psychological not physical. These injuries tend to be less visible and less immediate. Physical injuries were downgraded in analyses of work and receded from view in policy thinking about improving OHS. As a consequence, in recent decades, particularly the last few years, there has been significant research and policy development seeking to tackle mental health, particularly in relation to stress and burnout.

It is important that research and policy continue to focus on mental health. However there needs to be a rebalance to re-cover physical ill-health. Deaths and physical injuries still occur, as the Stockline plastics factory explosion in Glasgow illustrates. Moreover, there is a growing body of international research that highlights the impact on the physical body of some types of work. Precarious and non-standard work is associated with higher rates of coronary heart disease, and musculoskeletal conditions account for over 80% of all work-related illness, for example. Working long hours can also cause physical ill-health, including heart attacks. In Japan there is even a word for it – karoshi, which means death by overwork. In recent years there has been more than 2000 such deaths per year in Japan. Cases are registered by the Ministry of Health, the BBC notes.

Moreover, physical and mental ill-health can be difficult to disentangle. In extreme cases stress can lead to suicide for example. Knowing the number of such suicides is difficult as there is often a reluctance to recognise the problem. In the UK there is currently a push by trade unions to require registration of work-related suicides.

The 2020 report from the long-running UK study led by Michael Marmot concluded that improving job quality in the UK would help tackle worker ill-health. The study identified the approach developed by Warwick Institute for Employment Research for the Chartered Institute for Personnel and Development, and which includes a focus on both physical and psycho-social health, as a useful way forward to redesign jobs. The critical point here is to shift from remedial action that seeks heal physical and psychological injuries once they have occurred, to redesigning jobs that prevent ill-health occurring in the first place. Policymakers have been looking at the problem from the wrong angle.

With Christian von Stolk of RAND Europe, I’ve been calling for research-driven action to prevent ill-health at work. The first step is for meta-analyses of the relationship between various types of ill-health and types of work. Work that generates ill-health then needs to have the possibility of that ill-health designed out, for example by providing stable employment. At the same time good health needs to be designed in, for example by skill use or voice that allows human capabilities and capacities to flourish at work.

I’d go further. In cases where jobs cannot be redesigned and work-related ill-health is likely as a consequence, employers should be required to pay a health levy. This money should then be directed to healthcare services to meet the future costs of the likely care required in later life by workers in these jobs. Government must seek to stop ill-health from work, not just cure it in cases where there is no alternative.

Trying to calculate the cost of ill-health from work is difficult. In the UK, the last attempt to do so was the Government’s Black Report Working for a healthier tomorrow. It estimated that, taking into account welfare benefits, health costs and lost tax revenue, the annual cost to the UK taxpayer was over £100 billion. Given that the UK was only one EU member state, the total cost to the EU as a whole is likely to be gargantuan, and an incentive to make the radical changes that I’ve outlined here.

As Christian von Stolk and I have argued elsewhere, researchers too have a role to play in delivering this change, and it’s a research agenda familiar to the members of EUWIN. There needs to be more inter-disciplinary research drawing together the social, engineering, legal and health sciences, at a minimum. In addition, theory needs to help lever change, and renewed action research with enhanced academic status should be part of the change process. We need to not just better diagnose ill-heath from work, but also to develop new prescriptions for change to the way jobs are designed.

Photo by Nik Shuliahin 💛💙 on Unsplash