Facing the spread of management-led efforts to engage ‘employee voice’ directly, trade unions may be stuck with a theoretical and practical dilemma: organising against the threats of individualisation or accepting the risk of collective voice marginalisation and partnering with management to at least secure mutual gains. An inherent tension between these two dimensions has been detected in the literature: in this context, while organising would imply for trade unions to mobilise workers and advance representative participation at the expense of trade union involvement in workplace innovation, partnership would allow for labour-management cooperation in organisational innovation and more sustainable results at the expense of trade union supremacy over worker voice. At the crossroads between organising and partnership, one local trade union in Italy has created for itself a third way: challenging direct employee voice as a sole managerial choice and taking the lead in its promotion, regulation and implementation, thus ending up combining both organising and partnership options.

The protagonist of this story is FIM-CISL of Brescia, a territorial branch of the Italian Federation of Metalworkers, FIM-CISL (Federazione Italiana Metalmeccanici), adhering, since its foundation in 1950, to the Italian Confederation of Workers’ Trade Unions (Confederazione Italiana Sindacati Lavoratori, CISL). As industrial relations in Brescia’s workplaces have often been depicted as either adversarial or paternalistic, it is not surprising that local employers tend not to ask for the involvement of FIM-CISL in the management of direct employee participation practices. The scant integration between direct participation, generally organised by managers, and industrial relations in Italy has been noted in the literature and explained through various reasons including the lack of a favourable institutional background, the persistence of a monistic managerial culture and a confrontational approach to labour relations as well as the trade unions’ unpreparedness to deal with the topic. However, among the main trade union organisations in Italy, CISL stands out for its traditional support for worker participation, as something inherent to its culture, which has been particularly inspired by the social doctrines of the Catholic Church. 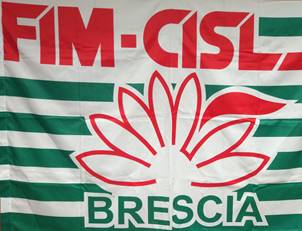 Whereas no formal system of employee participation has ever developed in Italy, mainly due to the coexistence of contrasting cultures and objectives and the historical reluctance for legislative action in this field, new opportunities have been more recently identified in the area of the quality of work organisation and conditions at shop floor. Indeed, FIM-CISL of Brescia started to display a strong interest in direct employee participation in the aftermath of the economic crisis, when not only did lean manufacturing practices become more and more widespread among Italian companies (though some decades later than in other Western economies), but also scholarly and institutional attention to work organisation grew. Surveys and case studies revealed the diffusion of these practices, and from 2016 the Italian Budget Laws introduced economic incentives (firstly, in the form of tax reductions and more recently, in the form of cuts to social security contributions applied to variable pay schemes) for companies establishing direct employee participation practices in agreement with trade unions. It is in this context that FIM-CISL of Brescia started to integrate direct employee participation in its discourse and action.

Behind this approach was the perception that new economic imperatives in Western companies would have brought in new models of work organisation with a strong emphasis on direct employee voice, and that the only way unions could retain their role in this changed scenario would have been to take part in it. Furthermore, there emerged consensus among Brescia’s unionists on the important role that direct employee participation could play in “giving value to the work of people, after decades of dehumanisation in Fordist environments, and devising a new identity of blue-collars within society”. Current determinants of organisational innovation (i.e. emphasising human relations, knowledge and direct participation) have thus been interpreted not only as an asset for firms’ competitiveness but also as an enabler for the realisation of the union’s own mission: in essence, advancing employee self-determination and human dignity. And that is how in the area of Brescia, the increasing business case for direct employee voice has ended up providing unions with an unexpected chance to be themselves and a leverage for pushing forward the industrial democracy agenda. It is by promoting direct employee participation that according to FIM-CISL of Brescia, unions can retain their original role, reaffirm the intrinsic value of voice and better pursue their humanisation demands, after decades of scientific management.

With these motivations, between 2016 and 2018 FIM-CISL of Brescia started to promote, regulate and implement direct employee voice. In so doing, it ended up striking a balance between the two main dimensions of labour’s association: the internally-oriented logic of organising (focused on seeking membership legitimacy) and the externally-oriented logic of partnership (centred on building legitimacy with managers). According to the General Secretary of FIM-CISL of Brescia, indeed, “it would have not been possible to promote direct employee participation in workplaces without encouraging direct participation within the trade union organisation”. Coherently, neither organising nor partnership have been neglected by FIM-CISL of Brescia that, on the one hand, embarked on a process of change in its organisational structure in favour of more horizontal relationships and a bottom-up approach to collective representation (that was crucial for building internal legitimacy around the concept of direct employee voice), and on the other hand, advanced the idea of and started to implement labour-management work reorganisation projects, emphasising direct employee voice, in four local workplaces.

Interestingly, far from concerning completely different action fields, organising and partnership interacted with each other especially at workplace level, where the union’s most serious challenge has been to balance the search for consensus, trust and commitment by workers with that for consensus, trust and commitment by management. However, not only must workers and management trust trade unions but all players, including the external experts involved and other unions, need to trust each other and commit to the shared management of a complex process of organisational innovation, that otherwise might face difficulties and setbacks. This is particularly true in circumstances where the IR backdrop switches from conflicting interests and zero-sum games to common goals and win-win processes, and collective bargaining gives way to the communal design and management of highly flexible, developmental projects. Their effectiveness, indeed, comes to depend upon the ability of unions to successfully exert both internal and external influence as well as to act as the glue between them and their various targets (i.e. workers, managers, experts).

The first projects in Brescia were not without changes, interruptions or delays, but these problems, that were mainly due to the difficulty of sustaining the high-level commitment of all players involved, did not prevent the union from continuing to pursue its objective and embedding direct employee voice within worker representation until today, when new projects have been launched and carried out. Although positive results from both partnership and organising viewpoints are hard to be achieved and were not measured in my research, we consider direct participation to be an achievement by itself as this is an important aspect of job quality. The Brescia experimentation deserves attention and further investigation, as its potential to turn direct employee voice from an external challenge into a subjective goal, offers unions new opportunities for comprehensive change.